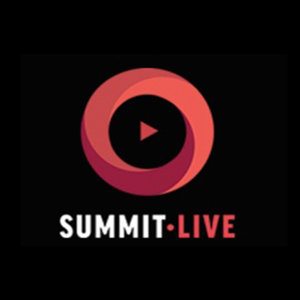 We feel very fortunate to have attended Summit Live in Los Angeles February 22-24, 2017. This was not a normal venue for a Human Trafficking panel and vendor booth. Summit Live was a gathering of some of the most influential and talented creators, livestreamers, brands, apps and studios. Summit Live went outside the box to give a voice to a problem that most do not want to think about, child sex trafficking.

Our panel Social Media and Technology — A Double-Edged Sword in Human Trafficking, discussed how human traffickers are utilizing both technology and social media to not only lure trafficking victims but to sell them as well. Our panel covered what human trafficking is and how it affects our communities. Also discussed was how technology and social media can be used to protect our kids from the fastest-growing business of organized crime.

We presented a panel of experts from areas where human trafficking is at its worse, southern Florida and southern California. We brought law enforcement and social media together at Summit Live to spread awareness about child trafficking. The presentation was to an audience that had the capabilities to reach hundreds of thousands of people.

Special Agent Victor Williams, Coordinator for the South Florida Human Trafficking Task Force explained human trafficking and how changing our views can help victims. “If you don’t know what human trafficking is, you can’t report it. You need to educate yourself right now. We label prostitutes as bad and willing participants, but we don’t see the invisible chains. We have to change our mindset.”

Also on the panel, the founder of Summit Live, Ryan Bell stated, “We have to realize we have a lot of power, use your voices for good.  Social media can be used as a weapon against traffickers to protect our kids.”

Sgt. Marc Marty of Montebello Police Department gave tips on how parents could keep their children safe on social media. He advocated that parents talk with their kids about online safety and the apps they are using. “If you’re going to let your kids use a social media app, you better know how to use the app.” 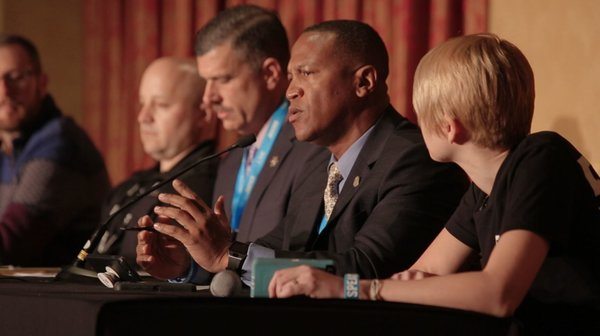 Opening and closing ERASE’s panel was our Facebook livestreamer, Karena Steir whose passion for spreading awareness about child sex trafficking was evident as she spoke to the audience. Karena’s closing advice as a social media livestreamer, “Amplify the conversation started here. You have a circle of influence that only you can touch. Spread awareness about human trafficking to them.”

You can watch the recording of the panel at the bottom of the ERASE Home Page.

• Ryan A. Bell – Ryan is a connector & tech lover in Live Video and Virtual Reality (VR) and Founder of Summit Live.

• Sgt. Marc Marty – Sargent with Montebello Police Department in southern California. He is currently assigned to the Training & Personnel Bureau and is also the Community Relations Unit supervisor.

• Karena Steir – A livestream addict. She uses the power of livestreaming to start conversations around human trafficking. Karena’s ultimate goal is to inspire and empower teens.

We are extremely grateful to Summit Live and its attendees for engaging with ERASE at our booth and for learning more about human trafficking.